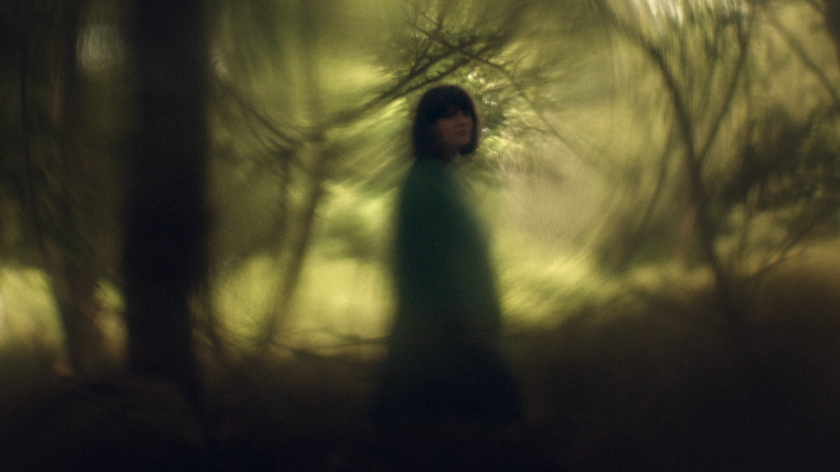 Inside is an experimental feature film that excavates the sensations, desires and elusive chimeras of one woman’s inner life. Taking place in the isolated setting of a remote country cottage, it summons a haunting portrait of a woman adrift in a personal reality formed of her domestic rituals and frustrations. At once lyrical, unsettling and perverse, Inside is a chart of the growth patterns of solitude.

Inside is the first feature to have emerged from the ongoing collaboration between Vicky Langan and Maximilian Le Cain. Since 2009, they have made thirteen short films together that are built on the strikingly fitting match between Langan’s magnetic, troublingly intense presence as a performer and Le Cain’s distinctively jarring, disruptive visual rhythms. Le Cain makes experimental films that explore a personal relationship with cinema as a site of haunting. Langan’s practice operates across several overlapping fields, chiefly performance, sound and film. Her vulnerable, emotionally charged work envelops audiences in an aura of dark intimacy. Inside is the product of this ever-developing creative partnership.

Experimental filmmaker Dean Kavangh brings a unique visual sensitivity to his role as cinematographer on Inside. The eye he has developed in his own visionary films for seeking out the less comfortable aspects of natural beauty and intimate domestic details contributes crucially to the atmosphere of Inside.

The soundscape of Inside is based on the tension between the intimacy of Langan’s bodily-inflected field recordings and Declan Synnott’s atmospheric and otherworldly modular synthesiser compositions.

Inside is an Experimental Film Society/Close Watch production that was made possible by an Arts Council/An Chomhairle Ealaíon Film Project Award.